About three months later Judah was told, ‘Your daughter-in-law Tamar is guilty of prostitution, and as a result she is now pregnant.’


Judah said, ‘Bring her out and have her burned to death!’


As she was being brought out, she sent a message to her father-in-law. ‘I am pregnant by the man who owns these,’ she said. And she added, ‘See if you recognize whose seal and cord and staff these are.’

Judah recognized them and said, ‘She is more righteous than I, since I wouldn’t give her to my son Shelah.’ And he did not sleep with her again.

Judah the father of Perez and Zerah, whose mother was Tamar.

It is a truth universally acknowledged that women are not included in biblical genealogies.

From Numbers through to Chronicles and beyond, the biblical genealogies name fathers and sons, but not mothers and daughters. And yet, Matthew’s genealogy of Jesus’ heritage breaks the mould: Tamar, Rahab, Ruth, Uriah’s Wife (Bathsheba), and Mary are all explicitly named. Why? Many books, theses, and thought-pieces have been written on the matter, and various ideas abound. There is no definitive answer.

The first of these women is Tamar. You can read her story in Genesis 38, right in the middle of the much better known story of Joseph. Having been cheated both by Judah’s sons and by Judah (Joseph’s older brother) himself, Tamar – brave, bold Tamar – seeks justice in the only way she is able to. She takes matters into her own hands and she poses as a prostitute. Judah has sex with her, giving her his seal, cord, and staff (three key identity documents) as promise of payment, and she becomes pregnant. It is here that we join her story.

Many criticisms have been levelled at Tamar through the years. And even today, in a far more sexually liberal culture, this story could be seen as shocking – both for the fact that Tamar feels forced to sleep with her father-in-law and for the way she is treated by him… the double standards and the harsh punishment, meted out without a trial or a chance for her to defend herself.

And yet, Tamar conducts herself calmly and forthrightly, displaying the evidence that it was Judah who had impregnated her. As such, Judah describes Tamar as ‘more righteous than I’. Tamar thus becomes the only named woman in the whole of the Old Testament who is described as ‘righteous’.

Judah’s confession of wrong: ‘I wouldn’t give her to my son Shelah’ shows his deceit and his sin. Tamar’s bold pursuit of justice shows the righteousness of God at work even when it seems as if she has been forgotten.

The story of Tamar shows that God’s plan prevails – despite sexual irregularity and human disobedience. This shocking story eventually finds its way into Jesus’ genealogy – a reminder of God’s prevailing justice, and his consistency in all circumstances. Tamar encourages us to stand firm in the hope that God remains faithful and dependable in his promises, despite our remarkable human capacity to mess things up. 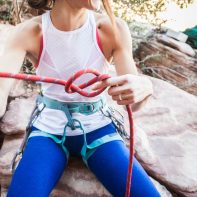