Who Do You Think You Are?

The BBC encourages us to answer this question by looking to our ancestors. Its popular television show helps celebrities trace their family histories as a way of better understanding themselves.

Producers and researchers hunt for the most unexpected connections and, in so doing, allow the audience to gain new perspectives on well-known figures. In the most famous episode, for example, the EastEnders actor Danny Dyer discovers that he is distantly related to royalty.

The real drama, however, comes from seeing the celebrities react to the stories that are uncovered. In the current series, Naomi Harris dreads discovering that she is descended from slave owners, and Jack Whitehall is distraught to discover an ancestor involved in ‘pioneering scumbaggery’.

In terms of making good television, an even worse fate is to discover that you are descended simply from ‘ordinary’ people. Last week, the actor Christopher Eccleston claimed that an episode featuring him was dropped after the producers discovered his working class roots. He says that researchers looking for his forebears found ‘factory workers, farm labourers, cleaners, nothing in any way “sexy” enough for TV’.

There is a temptation for all of us to define ourselves in terms of our family history by selecting only the most appealing stories and avoiding the slave owners, scumbags, and any stories that aren’t ‘sexy’ enough. But when we turn to the passages in Scripture that outline Jesus’ genealogy, we see quite the opposite. The lists include both heroes and villains, kings and prostitutes, the good and the bad, the high and the low.

Jesus’ mother Mary is herself astonished that the Messiah is to be descended from someone as humble as she. Yet by God’s mercy, she declares, her story will be remembered: ‘from now on all generations will call me blessed’ (Luke 1:48). She understands that it is God who gives each of us our true identities, and ‘his mercy is for those who fear him, from generation to generation’ (Luke 1:50).

Although we are shaped by our ancestors, we are not destined to follow in their footsteps; nor can we inherit the glory or guilt that comes from their actions. For ultimately the important question is not where you are descended from. It is not how you will be remembered. It is not even: who do you think you are? Rather, it is: who does he say you are? 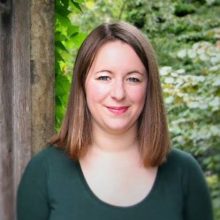