‘They tuck you up, your Mum and Dad,
They read you Peter Rabbit, too.’

Larkin’s relationship with his parents was actually nowhere near as dysfunctional as his poem suggests. His recently published Letters Home show him to have been dutiful and affectionate, albeit wracked with frustrations and guilt.

That parent-child relationship, never straightforward, seems ever harder these days. Time-pressured and often clueless, parents of digital natives often fret that they are getting it badly wrong. ‘Kids practically raise themselves these days,’ Homer Simpson once opined, ‘what with the Internet and all.’ Where should we draw the boundaries?

Guidance just published by the Royal College of Paediatrics and Child Health (RCPCH), coupled with evidence from the British Medical Journal, suggests that parenting in the digital age is more than just simply drawing lines. The screen in itself, RCPCH argues, is not a problem. It’s when it becomes the centre of gravity that things spin out of orbit.

RCPCH refused to spell out how much time children should spend in front of a screen, perhaps because they knew that single figure – ‘30 minutes’ ‘4 hours’ – would drown out all other coverage.

In its place, they suggested that parents moderate screen time, firstly, based on the child’s developmental age, and secondly, around the ‘need and value the family place on positive activities such as socialising, exercise, and sleep’. It’s when screen time ‘displaces these activities’ that there is a threat to wellbeing.

It’s a comfortingly sensible message. It’s not that there is no ‘wrong’ here. For example, they suggest that screens within an hour of bedtime are a bad idea, stimulating the brain and wrecking sleep patterns. It’s just that ‘right’ is more complex than a single rule allows for.

Some boundaries are undoubtedly necessary in life, but too often we think them sufficient too. Laws will guide you, but only so far. No-one fulfils their parenting duties by simply drawing and policing boundaries.

In one sense, this is the biblical narrative in a nutshell. There are laws that we should heed. But there is also a spirit behind them. And it’s the Spirit that gives life.

So, seek first right relationships, with God, family, friends, the outside world, the natural rhythms of the body, and then use screens as you wish. Or as St Augustine once preached, love God, and do what you will.

Nick is Senior Fellow at Theos 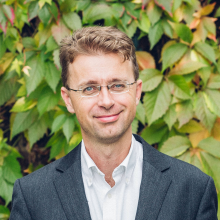