Once Upon a Time… | Jonah

Word for the Week Old Testament

The word of the LORD came to Jonah son of Amittai: ‘Go to the great city of Nineveh and preach against it, because its wickedness has come up before me.’

To read those words is to know that you are at the beginning of a fairy tale, complete with a villain, a dilemma, and a ‘happily ever after’.

The opening of the book of Jonah also starts with a signal of what to expect. To begin a narrative with a phrase such as ‘The word of the LORD came to…’ is to alert us to the fact that we are reading a prophetic book. It is reasonable for us to expect a story of God speaking to someone, that someone following his instructions, and everything proceeding as normal.

But just one verse later, the ‘someone’ in this story – Jonah – has done the unexpected. He has fled the scene. He is making as clear as humanly possible that he does not want to serve God. He is being disobedient, and openly rebelling.

This is not what a prophet was supposed to do. Of course, some reluctance to follow God’s call is to be expected – we see it from Jeremiah and Moses… but never to this extent. They might moan and whine a little bit, but they never go so far as to run away. Jonah’s actions are the exact opposite of what was expected. This is like your classic fairy tale morphing into some kind of sci-fi fantasy. All bets are off.

It’s clear from the beginning of this book that Jonah is not to be viewed as a hero.

Despite this, I find him to be very relatable.

I’m not saying I’ve had a direct call from the Lord God Almighty and then hopped on a boat headed in the opposite direction in order to flee; but I know that I frequently ignore what God has explicitly asked me to do.

Whether that is to ‘act justly, love mercy, and walk humbly’ with him – and instead I opt for convenience and what ‘feels right’. Or maybe it’s his call to ‘go and make disciples’, and instead I keep my head down and my mouth shut for fear of mockery or misunderstanding.

But the message of Jonah is not one that focusses on the disobedient, reluctant prophet. Nor does it zoom in on the great big fish of chapter 2. Instead, it is a book which – despite its unpredictable protagonist – proclaims the greatness and goodness of God: his compassion, his mercy, and his faithfulness… even to the fearful, the sinful, and the disobedient. 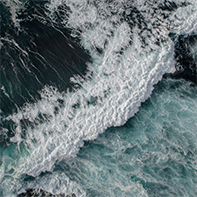