Discover something new this Wednesday

Word for the Week New Testament

My brothers and sisters, believers in our glorious Lord Jesus Christ must not show favouritism. Suppose a man comes into your meeting wearing a gold ring and fine clothes, and a poor man in filthy old clothes also comes in. If you show special attention to the man wearing fine clothes and say , ‘here’s a good seat for you,’ but say to the poor man, ‘you stand there’ or ‘sit on the floor by my feet,’ have you not discriminated among yourselves and become judges with evil thoughts? Listen, my dear brothers and sisters: has not God chosen those who are poor in the eyes of the world to be rich in faith and to inherit the kingdom he promised those who love him?

Ever felt like you were being treated unfairly? Perhaps a childhood dispute where you felt a sibling was preferred, or a work situation where you were overlooked or undervalued? Undoubtedly, we can all name at least one time where we felt the sharp sting of injustice.

Perhaps harder to name, and certainly more difficult to acknowledge, are the times when we have treated people differently based on appearance or some other perceived value. Perhaps which person asking for money to stop and talk to in the street, which acquaintance to invite into your home for a meal, or making a snap judgement about whether someone is ‘worth’ talking to at a networking dinner or fundraising event.

This kind of favouritism being present in the church is what James is railing against so strongly in this passage. He is drawing attention to the utter incompatibility of faith in Jesus Christ and favouritism towards the rich at the expense of the poor.

This remains true today, and especially in a world where the rich can buy pretty much anything – from COVID-19 tests (even when they’re asymptomatic) to protection from violence. We live in a world where, whether we like it or not, the rich can get their own way and the poor just have to put up with it.

What James is saying here, quite simply, is that this is not the way of God’s kingdom. All human wealth status pales into insignificance next to ‘our glorious Lord Jesus Christ’. God wants the church to reflect his indiscriminate love in the way it behaves – to rich and poor alike.

Of course, we should speak up when we feel people are behaving unjustly towards us or those we love… but that’s never really much of a challenge, is it? It is far harder to speak up on behalf of those who we have no emotional attachment to, for which we get no reward – and through which we might even lose out on something we want. It is this kind of action that James is calling the church towards – even at the expense of their reputation.

The command to ‘love your neighbour as yourself’ is difficult to hear, and even harder to put into practice. It is also potentially world changing. Central to Jesus’ teaching, it remains central for his followers today. 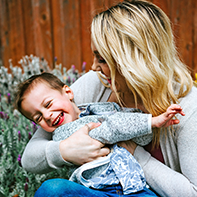